At Miranda & Maldonado, PC, we assist our clients in all facets of Immigration, Bankruptcy & Commercial Litigation Law 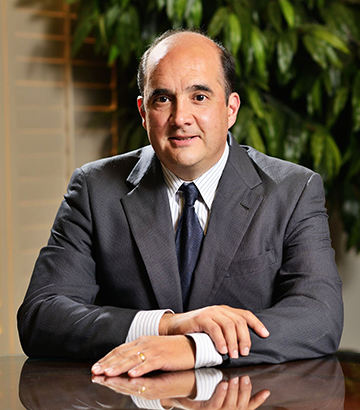 Carlos A. Miranda is a Partner in Miranda & Maldonado P.C. Mr. Miranda was born in Chihuahua, Mexico and is a Naturalized United States Citizen. Mr. Miranda holds a Bachelor’s Degree in English and History from Trinity University (San Antonio, Texas) in 1988. Mr. Miranda earned his Juris Doctorate Degree from Texas Tech University in 1991.

Mr. Miranda has been Board Certified in Business Bankruptcy since 2000 and Consumer Bankruptcy Law since 1997 by the Texas Board of Legal Specialization.

Carlos A. Miranda, Esq. serves as the Managing Partner of the Bankruptcy Practice. We represent credit unions, individuals, families, small businesses and large businesses in Chapter 7 and Chapter 13 cases in the U.S. Bankruptcy Courts in Texas, New Mexico and Oklahoma.

Our founder Mr. Carlos A. Miranda has been named to the Texas Super Lawyer for 2021, published in Texas Monthly. No more than five percent of the lawyers in Texas are selected to receive the Super Lawyers honor. In addition, no more than 2.5 percent are selected to receive Rising Stars honor. Their work has helped make us one of the most respected law firms in West Texas.

A "Super Lawyer" distinction is awarded to only five percent of all Texas lawyers. The annual selections are made using a rigorous multi-phased process that includes a statewide survey of lawyers, an independent research evaluation of candidates, and peer reviews by practice area.

Every case is unique. We craft our approach to each case to achieve exceptional results for our clients.